The EFP in Lille’s Braderie

The EFP in Lille’s Braderie

The Lille Braderie is surely the event of the new school year not to be missed. A national and even European event. All nationalities come together to converse and explore every nook and cranny of Lille in search of THE right bargain. In this area, where the imposing Porte de Paris is headquartered, various political parties (pacifically) cohabited for two days. We, members of the European Federalist Party, of course, were present to meet those who did not know us but also the sympathizers, the adherents and of course our opponents. 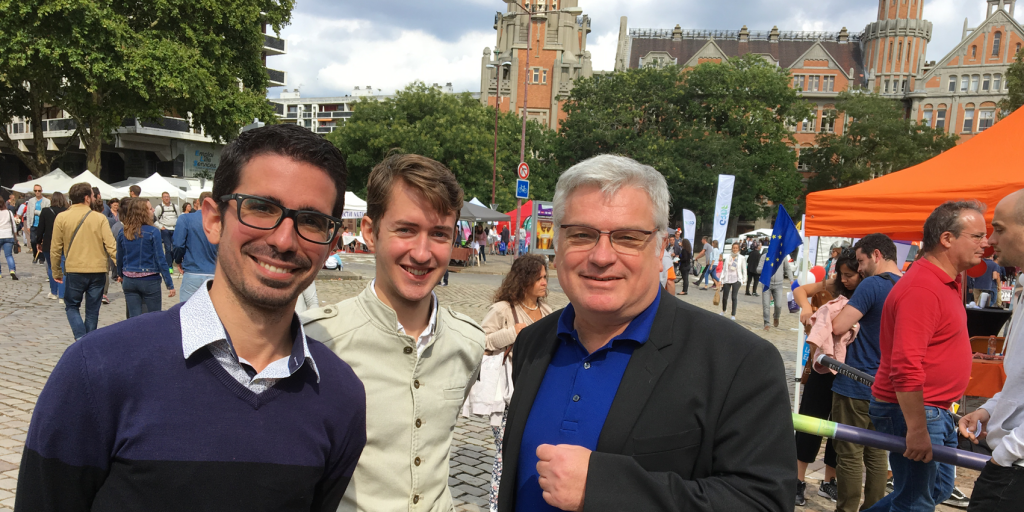 Indeed, as during the 2015 edition of the sale sale, the City Council surely found it wise to place us alongside the sovereignists of the Republican People’s Union (UPR)! Will to harm or mere face? So we spent two days between the UPR and the En Marche stand. At the foot of the vertiginous belfry of Lille, onlookers in search of information could also go to the stands of EELV (Greens) , NPA (Anticapitalists), France Insoumise (left-wing populism), MoDem (centrist), CGT (left-wing syndicate), Radicaux de gauche (center-left) and also the Communist Party.

We were thus able to exchange with the citizens, and also debate with our political opponents, always in a good atmosphere, the famous “braderie atmosphere”. The EFP team took turns at the weekend to hold the stand, under the leadership of Yves Gernigon, our president: Hannibal, Jean-Baptiste, Sophie, Laurent, Manu, Marie-Georges, Christophe… A big thank you to them and to all the supporters who visited us.

Presenting our movement and ideas is always a pleasure. We were able to talk with many supporters and opponents. At the end of this weekend, we were able to count new members from the Lille region. Welcome to them. 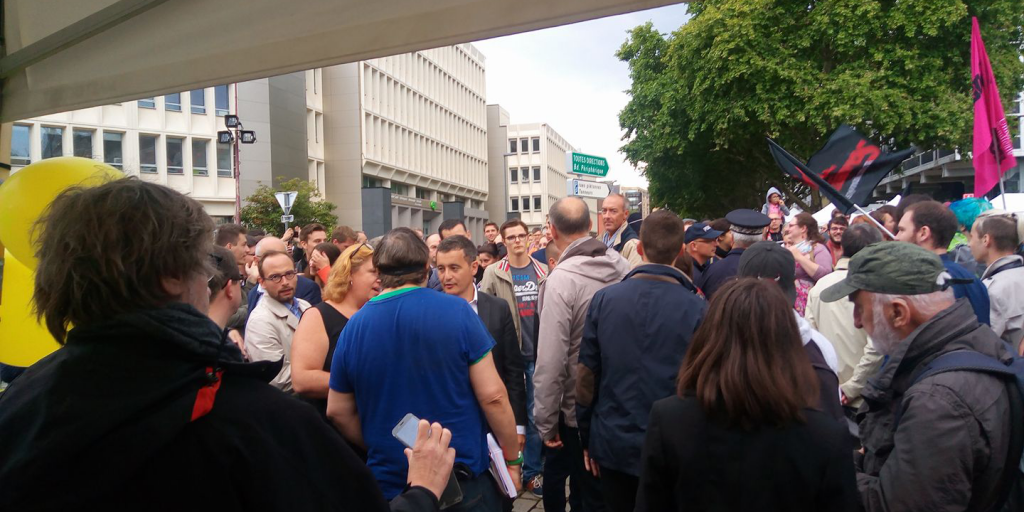 The ballet of the elected officials also set the pace for the party. Martine Aubry, first magistrate of the city greeted us during her traditional review of Saturday’s stands. Later in the day, the presence of politicians from Lille with national mandates could sometimes disrupt our conversations. The performances of Gérald Darmanin, Minister of Action and Public Accounts, and Adrien Quatennes, a young FI MP, sparked off a few happy shows. Unsubmitted people chanted “Resistance, resistance”, unionized students demanded democracy… and the LPA’s 5 euros recently abolished. UPR activists, reinvigorated by the presence of their mentor François Asselineau, took the opportunity to ask for democracy to be restored. They must have probably already forgotten about the recent elections in our Republic. 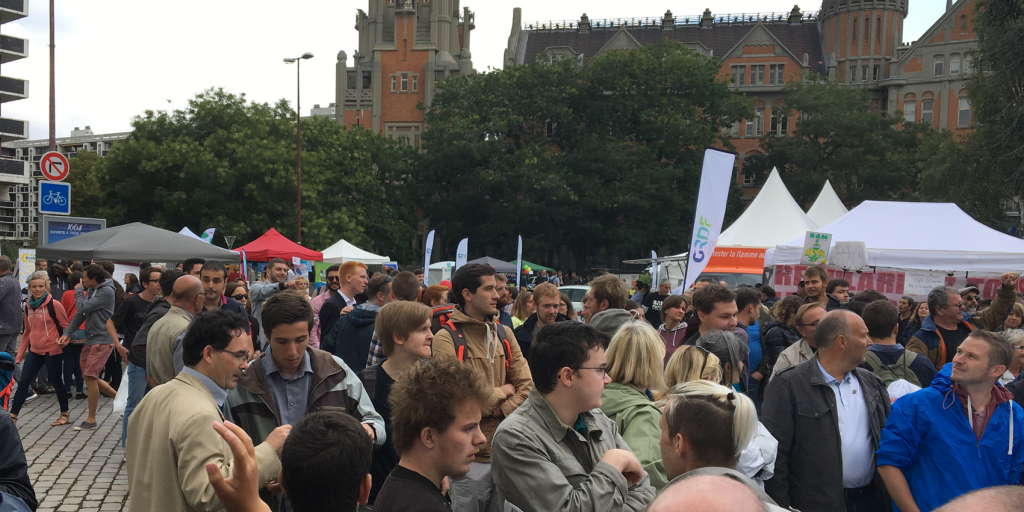 At the federalist stand, some of our supporters also told us about their hopes. Some went so far as to confess that they no longer exercised their civic duty because they did not see the political offer for which they wanted to vote: European federalism. Federalism is therefore clearly expected in the next elections!

An Italian, living in Spain, also confirmed to us that he felt a deep European feeling in his heart – we are sure that the 27 peoples of the European Union feel the same feeling in their hearts as citizens. Sadly, it is unfortunate that our friends from the President’s party do not really perceive the flagrant absence of democracy in our Union.

Finally, we were also able to remind our interlocutors that the 500 million Europeans must elect a President, so that our continent has a true international representation, a united diplomacy, a strong army!

This vision seems to be shared by many of our citizens. Following the success of our ideas with citizens, we will see you next year for the 2018 edition of the Lille sale. See you soon…